A Short Guide to the Impending Tax Reform 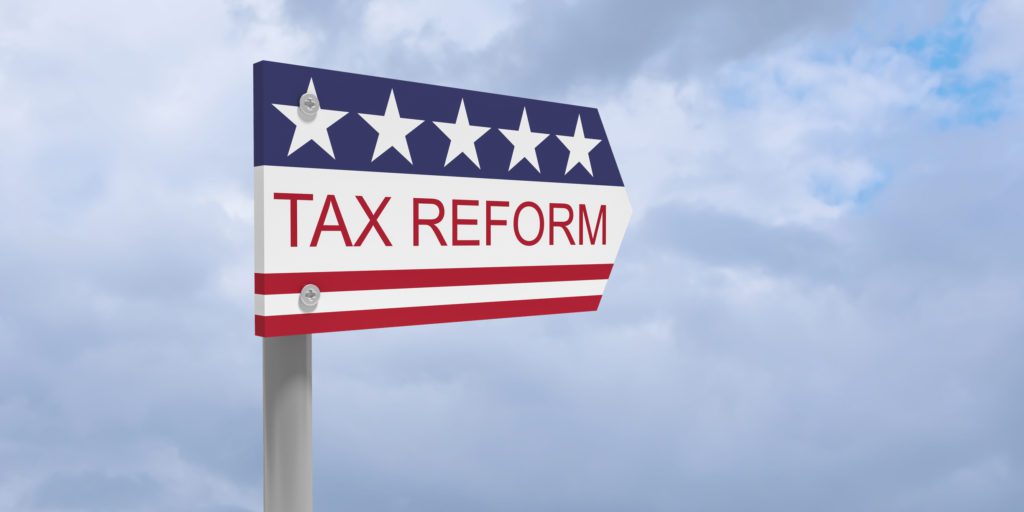 Will the Upcoming Tax Changes Help or Hurt My Business?

The impending tax reform will help you if you’re a corporation by reducing your tax from 35 percent to 21 percent. Most individuals and small businesses won’t see a benefit. In fact, the tax reform could damage them financially.

Myth: The tax reform returns the country to Reagan-era economics and tax reforms.

Fact: The Reagan era featured a few different tax bills. The Economic Recovery Tax Act of 1981 lowered both corporate and personal taxes. It featured an across the board marginal income tax rate decrease of 25 percentage points and indexed income tax brackets. It also cut taxes paid by corporations.

The Tax Reform Act of 1986 was a simplified US tax code. It eliminated deductions, largely to corporations, but increased the standard income deduction. It also helped lower-income individuals and families by expanding the Earned Income Tax Credit (EITC).

The current bill is more similar to the 1981 bill.  According to Jeffrey Frankel, James W. Harpel Professor of Capital Formation and Growth at the Harvard Kennedy School, economists have long rejected the notion, asserted by Reagan, Bush Sr. and their advisors that such bills can result in a deficit neutral effect. The current bill phases in tax increases for families earning less than $75,000, to culminate increases in 2027.

Fact: The country’s economic situation in the 1980’s differed in many ways from today. In the 1980s, US unemployment was high, people carried less debt, and the population was younger. The negative effect of the 1981 bill on the country required a 1982 bill – Tax Equity and Fiscal Responsibility Act of 1982 – to address. Its extreme tax cuts resulted in a quick increase to the national deficit, which vaulted 3.5 percent from 1980 to 1983 rising from 2.8 percent of the gross national product to 6.3 percent. The current US economic situation features a much lower unemployment rate of 4.1 percent, high debt burdens from both credit cards and student loans, and an aging population already in retirement or about to enter that phase. The Federal Reserve tries to keep economic balance by raising interest rates.

How Will Tax Reform Affect Businesses? A Closer Look

The government hinges its hopes on corporations expanding due to their savings, Simmons explained.

The administration also needs other, related bills to pass to mitigate the tax shortfalls. Without passage of all bills, carrying the loss remains iffy to impossible.

Both versions of the bill create a new tax on endowments of major private health research institutions. The increased tax burden on these healthcare corporations could have a lasting impact on medical research, says Matthew Shick, Director of Government Relations for the Association of American Medical Colleges. The bill does not affect endowments to public universities. The private health centers will pay a 1.4% percent excise tax on net investment income resulting from endowments.

How Will it Affect Clients and Customers?

Clients and customers in lower-income families will benefit in three ways from the bill:

A much talked about related legislation could affect the way everyone saves for retirement. One method for addressing the shortfall in taxes collected from corporations affects employees. That would be the notion of turning traditional 401(k)s and individual retirement accounts (IRAs) into Roth IRAs. The difference would mean more money upfront for the government since contributions to traditional IRAs go untaxed until they’re withdrawn for use during retirement. Conversely, employees pay immediate taxes on contributions to Roth IRAs, but withdrawals during retirement don’t carry a tax. The government would like it if everyone paid taxes now, not later.

In conclusion, the set of bills comprising the administration’s tax reform package does little to simplify the tax code or reduce paperwork. It does steeply lower taxes for corporations and for the lower class. It remains neutral to small and mid-sized business and the middle and upper classes. The main effect to them only occurs if the change in retirement accounts succeeds. Contact us at Vitalis Consulting to discuss specific impacts to your business and customers.